How much should you pay to charge your EV? According to ChargePolska, nothing 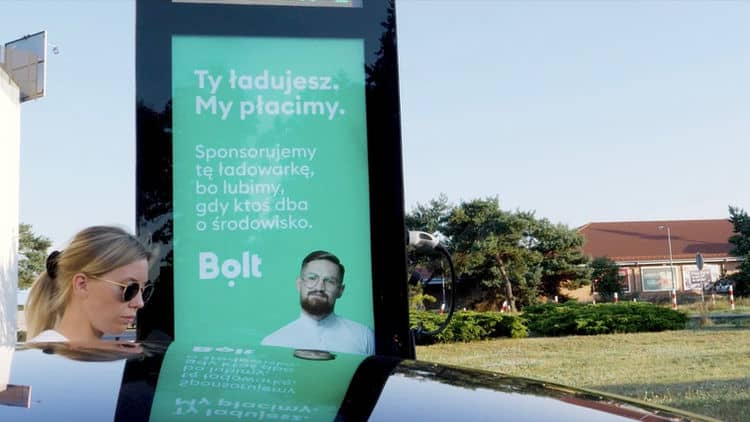 If you want to buy an EV in Poland in order to save money on fuel, think again. Almost all of the EV charging network operators require drivers to pay for access to their public chargers. This year Innogy, PGE, Orlen and Energa plan to introduce new pricing policies as a result of growing energy costs. In January, Europe’s largest manufacturer-backed EV charging network developer, IONITY, faced controversy after raising their kWh prices by 500%.

“We don’t think that’s fair for drivers looking to make the move to clean, electric transport” says Matt Tymowski, CTO of ChargePolska. “Low alternative fuel costs have definitely been a pull-factor for prospective EV owners. Taking that away from the equation will have a negative effect on the ICE to EV conversion rate for Poland.”

ChargePolska plans to build an EV charging network that is completely free for its userbase. They sustain growth by providing brands with access to a unique lead-generation tool. The tool is based on fusing digital signage technology with an EV charger. Matt explained that their outdoor media platform “allows brands to display environmentally-conscious content on the chargers” and added that “users can charge their cars for free in exchange for a small interaction with the brand’s message.”

The project has recently gained traction with ride-hailing giant Bolt, which has confirmed their involvement as a client, in a pilot project aimed at demonstrating the capabilities of the ChargePolska totem. Bolt approved an interactive lead-generation tool for EV drivers looking to charge their car, but still need to go about their day. Once the driver connects their EV to the charger, they are offered two things: a free charge, as well as a discounted ride in an electric Bolt car.

“We wanted to put our money where our mouth is” says Max Malicki, Brand Manager at Bolt. “Our goal is to be a key player in the move for clean, green transport, what better way to communicate that than by providing our users with a free charge and discounted ride, on an EV charger?”.

Big energy and oil companies have spent billions in establishing a foothold in the “pay-per-kWh” EV charging market over the past decade. In a world that is shifting away from traditional fuels, it’s seen as a smart move towards establishing a position in the industry. The general consensus is that the more EV drivers, more kWh can be sold.

“The problem is that it’s difficult to make a profit from selling kilowatts alone” says Matt, “what we’re doing is establishing a more sustainable growth model for building an EV charging network.” Developing a network requires a considerably large investment, one that is hard to justify given that the revenue model is based on selling energy to a small amount of EV drivers (pay-per-kWh). ChargePolska has decided to provide that energy for free, and instead, charge brands for access to a niche advertising platform in the large and established, outdoor media market.

ChargePolska is currently demoing their project together with their client, Bolt, in Przeźmierowo near Poznan. “We’re starting here to make a point – our platform is an effective way to sustainably grow an EV charging network; by leveraging the power of international brands pushing the clean transport agenda forward.”

For more information on this project go to www.chargepolska.pl

About Bolt: Bolt offers vehicle for hire, micromobility, and food delivery services. It is headquartered in Tallinn, Estonia and operates in over 150 cities in 35 countries in Europe, Africa, Western Asia and North America.

About ChargePolska: ChargePolska is currently operating in stealth mode and is an electric vehicle charging network operator and digital signage agency. They are based in Poznań, Poland.